It has happened to us on a few occasions in Pembrokeshire and never anywhere else ever. You are minding your own business, strolling through nondescript suburbia and wham, out of the bungalows and industrial estates materialises an archaeological site from several thousand years ago like a masterwork of Neolithic necromancy.

You would be unlikely to chance upon the burial chamber of Carreg Coetan Arthur on your normal jaunt to Newport, when focus is invariably on either getting down to the wide wonderful sandy beach of Parrog or wandering around the mellow, hipsterish shops, cafes and restaurants.

In our case it was getting cut off by the tide that led us there. As you (normally don’t) do when you go to the seaside, you stay out on the sand as long as possible, not really thinking about the incoming seawaters rapidly rising over the only simple route back, right? Well, so it was with us. We did have a back-up plan though. Along the far (northern) side of the broad River Nevern estuary you can follow the sand back behind the bobbing vessels to reach a narrow path at some houses. Which takes you inland a muddy mile or so to a bridge. Which conveys you back to the Newport side of the river and soon thereafter Newport (you emerge centrally by the Llys Meddyg hotel). Just as you reach an industrial estate entrance on one side and a group of bungalows on the other, you spy a brown sign which you imagine must be a joke because you are in a pretty lacklustre part of town. Follow the sign and voila, two bungalows back is the burial chamber, a striking piece of construction harking from around 3000 BC sitting all aloof and alone in a green hedged enclave.

When you clap eyes on this cromlech (a dolmen in Wales), its fat capstone poised at a tilt atop four far-flimsier uprights with seeming precariousness that is in fact admirable precision given the limited tools available to the builders, you are seeing one of Pembrokeshire’s finest surviving burial chambers. Whilst it doesn’t quite have the backdrop of Pentre Ifan, the most famous of these, it doesn’t have the droves of visitors either. This is a blink-and-miss-it sort of spot. A beginner’s burial chamber, a serendipitous piece of punchy prehistory when you were almost certainly here for the seaside with thoughts of ancient monuments far from your mind.

As in many other burial chambers of this kind across Britain, the stones comprising Carreg Coetan Arthur would originally have been covered within an earthen mound, long since eroded. There were discoveries here too. Finds. Crushed bone; fragments of pottery. Excavations that reveal enough to spark the speculation (sacrifices; cooking(?!) but not that really shed much light on who raised these stones and why. Even the ivy-encrusted explanatory signboard at the site itself seems short on ideas.

It is worth meditating a moment on the Celtic connection here though. Coetan, a word which crops up far more in Pembrokeshire than any other part of Wales, translates from the Welsh as ‘quoit’, itself a term that is used only to define similar types of burial chamber in Cornwall. Dolmen is itself a word most likely deriving from ancient Breton: t(d)aol signified a table while men or min meant stone. Yet it was not the Celtic peoples that erected these monuments, nor is it only in formerly Celtic parts of Europe that they have been found. Perhaps the Celts just knew better than many how to respect and preserve what had come before.

If that is true, then we could all learn something from them.

And if your curiosity is roused, you can continue the Neolithic journey just one mile the other side of Newport where another burial chamber, albeit more ruinous, awaits amidst a field in the form of Cerrig y Gof. Or make an occasion of it and throw in Pentre Ifan too, 3.75 miles southeast of Carreg Coetan Arthur along the A487 and then minor roads.

READ ON: Plying the back roads of history-rich Anglesey in search of ancient monuments.

NEXT ON THE JOURNEY: From Carreg Coetan Arthur it is 11.5 miles northeast to the fringes of Pembrokeshire and the enchanting estuary village of St Dogmaels, where one of the best produce markets in Southwest Wales takes place in front of the ethereal abbey ruins.

How to get there: The town of Newport is the most major place on the west Pembrokeshire coast between Fishguard (seven coast-hugging miles southwest along the A487) and Cardigan (11 inland miles northeast along the A487). At the eastern end (Cardigan end) of town, just by Llys Meddyg hotel, a multi-signed post points to Moylgrove, the beach and golf club and, between these destinations and Newport Garage is the thin brown sign to Carreg Coetan Arthur. Go down here. The turning to the burial chamber is just down here on the left opposite the entrance to the industrial estate. If you carry on down to where the bridge crosses the widening River Nevern, you have gone too far.

Parking: Last sentence aside, if you need a parking space because you are not staying locally and you specifically want to stop off, see the burial chamber and carry on your merry way, DO continue down the lane to the bridge. Here, around the entrance to the wetland reserve and onwards, heading over the bridge, free parking is available at the side of the road. You can from this base double back up the lane to the burial chamber, and then also do the pleasant above-described walk along the far side of the river to the left on the track-then-path to the beach (you can also drive further along the lane to a white farmhouse where another lane runs down to the beach too (with parking at the far end!)

Refreshments: Newport is almost the equal of St Davids when it comes to inspired places to eat, which means it is up there with the very best locales in Pembrokeshire to be when the hunger sets in. There are restaurants with rooms, pubs, cafes, great delis – and the standard is high. We’ll write about the more undiscovered gems on here in more depth due course post-lockdown when eateries open up again. We have eaten at both Llys Meddyg and the Golden Lion, though, and the quality and atmosphere was excellent at both.

Best time to visit: Newport is a more all-seasons beach destination than most in Pembrokeshire but to aim for beholding it in full life go for April-October, whilst avoiding the very-crowded school hols. Even at these busiest and (warning) traffic-snarled times though, you’ll likely have the cromlech to yourself. But the nearest parking spaces may well be taken.

EAT: Heavenly Food at the Freckled Angel in Menai Bridge

INTERVIEW: With the woman hoping to reintroduce eagles to Wales’ wild places

Not Your Average Wales Travel Site… 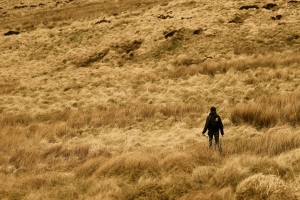 Our mini guides to those places we have written about the most, with links through to all our lovely features on the destination! Currently we have mini guides to Solva, St Davids, Fishguard and St Dogmaels in Pembrokeshire.

Pembrokeshire: The region’s most secret seaside cafe (until you read this, anyway)